Restoration of an antique picture frame

We already have considerable experience working on antique picture frames in our studio. A good example is this 18th-century, carved, gold-plated frame made of linden wood, which was extremely dirty and from which pieces were missing when it was presented to us. To make matters worse, during a previous restoration it had been re-worked with bronze paint – an error, because with time bronze paint darkens and becomes ugly. Naturally, we removed this layer. In addition, the frame was extremely dirty. Evidently it had hung in a room with an open hearth with a poorly functioning flue, because it had a substantial build-up of soot. Thorough cleaning was therefore essential. We also made replacement pieces for the those that were missing. We re-gilded parts of the frame using Polyment (=glossy) so that the frame would once again have a beautiful gleaming finish.

Originally the frame was decorated with a crown. During the war, this crown was removed because it had become a forbidden symbol. We have old moulds which would have allowed us to re-create this crown, but the owner did not want this. 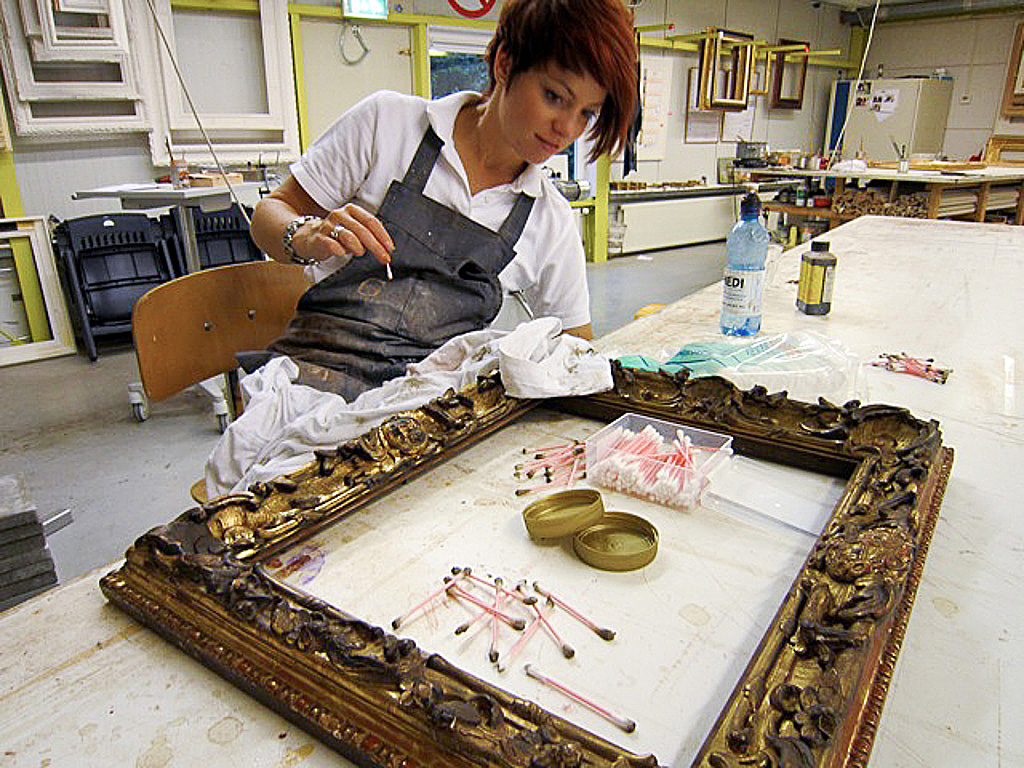 As a matter of fact, this frame has a very interesting background. At one time approximately 200 specimens of this type of frame were made. Some 50 of them are still hanging in the Staatliche Kunstsammlungen Dresden.

What is also exceptional is that this frame is relatively small, that is, it is meant for a very small painting. In spite of this, this painting and others like it were hung very high (at least three metres) so that the viewer actually could not see them very well. A bit strange, since the works in question are nevertheless precious with values between 200,000 and 300,000 euro. 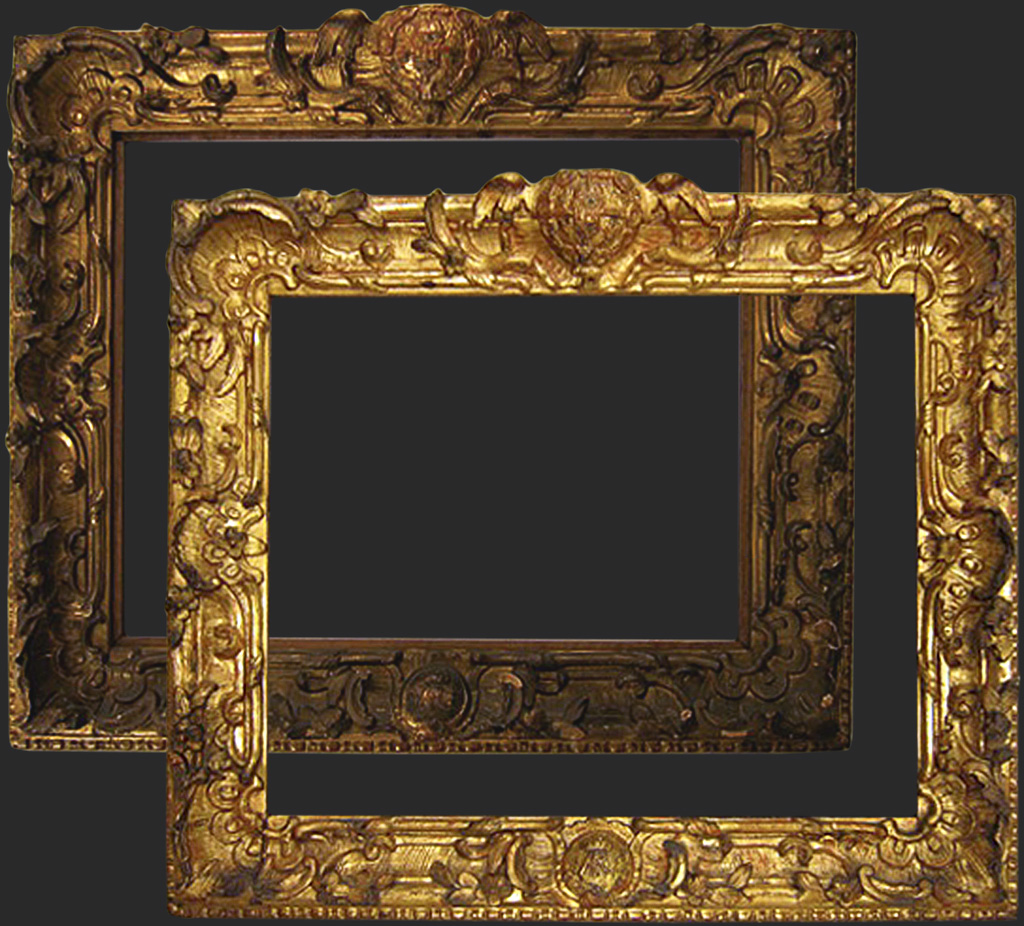